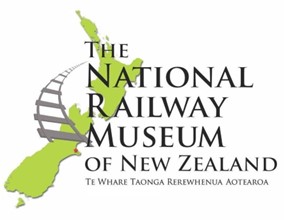 Why Canterbury – Why Christchurch?

The first public railway to open in New Zealand was between Ferrymead and the newly settled town of Christchurch on the 1st of December 1863.

The area at Ferrymead that this railway occupied is now largely a Heritage Museum, with an operational railway, rebuilt on much of the old original track foundation. What better place to position a museum dedicated to the saving of railway history, and displaying it for all who wish to visit?

The Canterbury Railway Society has what is generally considered to be the finest collection of railway equipment, artifacts, and records in the country, and much of this may be transferred on permanent loan to the National Railway Museum. The Canterbury Railway Society will continue to operate the Ferrymead Railway as part of the Ferrymead Heritage Park.

The National Railway Museum concept is supported by the Federation of Rail Organisations of New Zealand, the N.Z. Railway & Locomotive Society, the Rail Heritage Trust of New Zealand, and numerous other local bodies, corporate organisations, and individuals.

The museum in itself will provide an important additional tourist attraction for Christchurch, and be a ‘mecca’ for rail enthusiasts from all parts of the world. The original Ferrymead Railway opened in 1863, the Canterbury Railway Society started on the ‘new’ Ferrymead Railway in 1965, it is our ambition to open the National Railway Museum of New Zealand, in Christchurch by the end of 2021.

What can you expect to see in the Museum?

Railways are locomotives, wagons, & carriages, but they are also a lot of other things, like cranes, bridges, stations, signals, maintenance and lineside equipment. The museum will contain examples of steam, diesel, and electric locomotives from many eras.

Freight carrying vehicles are many and varied, with special wagons for sheep, cattle, horses and bulk handling vehicles for logs, coal, and petroleum.

Not to be forgotten are the smaller day to day items like crockery, tickets and very distinctive railway uniforms. The list has no end.

Of use to historians will be the vast collection of blueprints, photographs, books & equipment, and operational files. These will be housed in a purpose built building that will have special humidity and temperature controls for the preservation of these very old documents.

A description of the Railway Museum

The Museum is being developed in stages, using where possible existing structures on the Ferrymead site and adding new buildings and infrastructure as the project progresses. Stages to establish the Museum are: